A discussion of effective risk management and leadership would be incomplete without the vast knowledge of military strategy that we’ve inherited as a civilisation.

If there’s one area where present generations benefit most from the collective tactical wisdom of thousands of years, it is warfare. The knowledge of warfare and battle strategy has been passed down longer across time and geography than any other discipline – from healthcare to philosophy.

Regardless of differences in language or culture, the tactics used in a battle tend to travel quite far among military circles, without as much friction from religion or royalty as compared to ideas from other domains like science, arts, politics, medicine etc (which tnd to be heavily censored).

Most great military commanders of our time were students of history – Napoleon Bonaparte himself famously had 7 heroes, the top 3 of which were Alexander the Great, Julius Caesar and Hannibal Barca. He rigorously studied their battle campaigns.

Successful generals, who know how to lead thousands of people into mortal danger, have a lot to teach us about management and leadership. Although I lead a very peaceful existence (barring my Judo practice where we learn to throw people around and choke them), as an entrepreneur I try to draw lessons from wherever I can.

Imagine yourself as a military commander 2,000 years ago. You’re on the battlefield with, say 40,000 soldiers on your side, and you’re facing an equally fearsome invading army.

You have a battle plan to start. But you’re well aware that once the men start shouting, the arrows start flying and the dust starts rising, it doesn’t take long for the scene to descend into chaos. Every soldier, regardless of how much training they have, is mostly focused on not dying, dealing with his immediate opponent, and moving forward.

In this mess, the scene changes every minute and you’re constantly fed with new information. At your level, it doesn’t matter how much you know about weapons or how skilled you are in the art of fighting. You’re managing people, not their swords and spears. You have to understand how they act in the midst of battle — the psychology of fear and courage.

Your job is to keep track of the “score” at all times (who’s winning?), and based on the latest information, decide how you will adjust your plan (or stick with it).

Then, you also have to convey your new plan and instructions to different units spread out on the battlefield. This is trickier than you think! People didn’t have walkie talkies back then, and coordinating attacks or defense was hard.

With that, I give you two more book recommendations:

1. Clausewitz On War (this guy faced off against Napoleon Bonaparte at Waterloo)

2. Xenophon’s Cyrus the Great (this book was written in 370 BC, and inspired everyone from Alexander the Great to Benjamin Franklin)

Unfortunately in most other disciplines today, we have lost much of our distributed historical wisdom, because ideas did not always survive well except a few key figures who happened to be famous due to being close to royalty.

Here’s a hilarious article by Sherry Higgins, the charming I.T. Program Manager about how she was hired by the FBI. Enjoy the read! 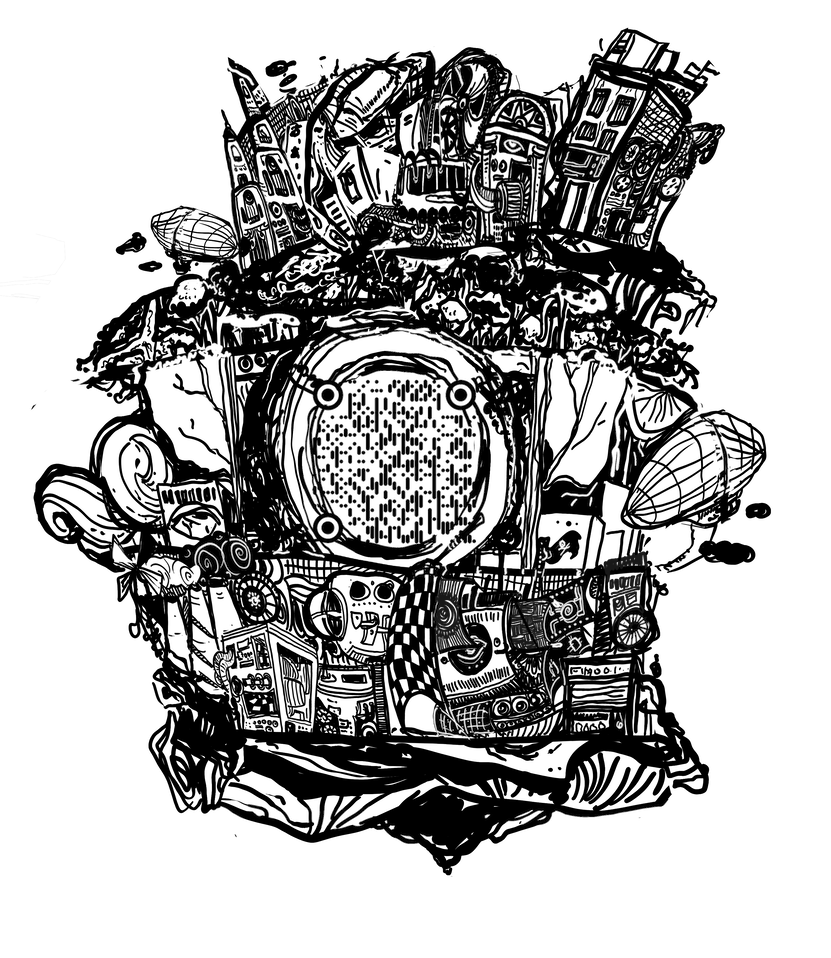 You can find the artist (Inan Anjum Sibun, Bangladesh) here.