Here’s a tour of WeChat, the “greatest” mobile app in the world

Home » Here’s a tour of WeChat, the “greatest” mobile app in the world

When I arrived in China, I realized I was on WeChat all the time. I was using it in many different ways:

It can be used to call taxis, book train and bus tickets, cinema tickets, order food, pay bills and do just about everything they could ever want to do that includes ‘communication’ with someone else. It is like Facebook, Whatsapp, Instagram, Yelp, Square, and Snapchat rolled into one, with a hundred other apps thrown in.

One app to rule them all

This is not an advertisement for WeChat (I wish I’d get paid for this haha), but rather a demonstration to the rest of the world of how uniquely consolidated China’s digital landscape has become, all through this one mobile app.

I believe that WeChat is one of the most user-friendly applications I have ever used, which I feel is something not expected by many people of Chinese apps. It is ubiquitous in China, and one more thing that makes it so interesting is that it is so open to outsiders using it.

For example, while foreigners have a hard time opening a bank account in China, they can automatically start accepting payments through WeChat right from the first time they use the app (the money stays within the app as “wechat money”), and use it to make payments to others. You don’t even need to have a bank account. Compare it to Alibaba’s “Alipay” service, which can be a pain for foreigners to set up.

Here begins the ultimate tour of WeChat, more comprehensive than anything else I’ve found on the internet.

Home screen once the app has launched What I can do in each individual chat You can recall a message within 120 seconds after it is sent, and also translate it within the app into your system language. Sometimes helps while chatting with my Chinese friends. 🙂

And this is what the ‘Red Packet’ does. In case you were curious, that was totally NOT a 100 yuan packet. ;_;

The Red Packet deserves special mention. It is very similar to the ‘Transfer Money’ feature, but it’s influenced by the Chinese tradition of giving red envelopes of money to your friends, family and relatives. You have to open the packet to see what’s inside. Don’t take this feature lightly — you will see it being used ALL THE TIME in China. When someone sends a red packet in a group chat, the members of that group have to open it as quickly as they can (because you can only open the packet a certain number of times decided by the sender), to get random amounts of money from the packet. It’s like a fun game on days like the New Year, when everyone is sending red envelopes in a group chat and everyone is also rushing to open them!

And of course, one thing I haven’t showed yet is that there is also an in-app web browser. So you can always stay in the app while browsing the web. Notice the ‘Tags’ and ‘Official Accounts’

The only thing special here is that you can put tags on different contacts, like you do on Facebook (‘Restricted’, ‘Acquaintances’ etc) — you can create these tags yourself.

As for the ‘Official Accounts’, they are like feeds from people or businesses etc which you can follow. Think of individual Twitter accounts, or Facebook pages. You can use these to advertise, etc. Here’s a feed from the legendary artist John Rash, who has spent a decade working in China and USA: But you have only just scratched the surface.

I just showed you the chat functionality, which already does more than Facebook and WhatsApp combined. But the app is far deeper than that.

On the Discover tab, you first see ‘Moments’, which is like your Facebook news feed where you can post images and status updates, and see those of your friends. Then of course you can play games (which are all within the app). And I’ll come to ‘Scan QR Code’ and ‘Shake’ later.

QR codes are omnipresent in China, and you’ll love them because WeChat makes them convenient. Whenever you see a QR code, rest assured that you can scan it with WeChat and it will work. You can scan someone’s QR code to instantly get their contact information, many posters have QR codes which you can scan to get deals, and sometimes you can scan codes to join group chats!

Moreover, if someone sends you a picture of a QR code within a chat or posts it on his moments, WeChat can identify it and ask if you want to scan it!

Tinder and Omegle, rolled into one.

The ‘Shake’ feature, on the other hand, brings a whole different function into the picture, which you wouldn’t really expect — talking to random strangers. It’s like Omegle and Tinder rolled into one. Here’s how it works:

See it in action:

Once you get matched, you can open the stranger’s profile and send them a greeting.

Then a quick look at your profile in the ‘Me’ tab: I won’t be showing around the ‘Favorites’ and the ‘Sticker Gallery’ in this post. If you’re curious, ‘Favorites’ is like the ‘saved links’ on Facebook where you can save special messages or posts from other people. The Sticker Gallery is just like the gallery of stickers in FB messenger, you can download free and paid stickers to use in your chats. You can also create custom stickers using your own images — it can be very funny.

Now is when the bottom falls out of the barrel, and you see why everyone keeps singing about WeChat all around you.

Let me show you where WeChat acts as your own mini-OS, bringing your whole world into just one app and easily running your entire life it you want it to.

Each of these integrations is a standalone app in itself, which WeChat has encompassed into itself.

These are the two ‘wallet’ functions:

But this is where awesomeness hits the fan. It’s supposedly just your mobile wallet, but this is where you can do pretty much everything imaginable. You see all the extra features like Quick Pay, Transfer, Utilities, Go Dutch etc? These are all individual apps, within the WeChat ecosystem. These integrated apps allow you to control your entire life:

This is a handy service for business owners to make customer payments a breeze. Similar to the ‘Receive Money’ feature I showed in the original home screen and said I’d get back to later:

The store owner will use the Quick Pay service to generate his personal QR code, and print it out. A customer will scan the code with WeChat, and enter the amount he has to pay the store — and that’s it. Payment made directly to the store owner’s WeChat account, which he/she can then withdraw into their bank account whenever they want!

To show you investment options (== ads) It’s a virtual currency that you spend in the QQ app (also owned by Tencent). It’s an integration between the two.

For your water connection, electricity, you name it. Pay all your bills here.

Ohhh boy. This one opens up a whole new world.

The ‘public services’ integrate with everything that you can do in China. It’s your life in an app. You select the city/region you’re in, and there you have it:

And MANY other things. Let me wrap up the others quickly…

Some charity options that you can contribute to, like children’s education etc. Their own internal ecommerce platform, where you can buy directly from big brands.

Last but not the least, you can find and review different businesses on WeChat. I think it deserves a screenshot too! Jeez, that was a LOT of screenshots. I’ve never taken so many different screenshots of a single app.

Now, there are some other smaller features hidden within the app — like the ‘Sight’, or the desktop client you can link to, etc. For the sake of brevity (hah!), I have not described them in this article.

The big question: Doesn’t it all feel cluttered?

Yes and no. I personally don’t know a single person who really uses all these additional functionalities of WeChat. Moreover, there are so many small features (some of which I discovered for the first time while writing this post!) that you might not even come across in your day to day life.

The app has such depth that everyone almost has their own style of using WeChat. So in daily use, I rarely ever feel that the app is cluttered — even though the deluge of features makes it so easy to overlook or forget about some of them.

Which by definition makes the app cluttered… You know what I’m trying to say here.

What does all this mean?

I’ve mentioned before how China’s digital landscape is so incredibly interconnected and consolidated. There are only 3 major internet companies in China (I’ve kept out some other companies like Didi Chuxing, the ride-hailing startup that defeated Uber in China)

Tencent is living the combined dream of Facebook, WhatsApp and Snapchat. It has a bigger variety of data than Facebook can ever do, and it doesn’t even need to show you ads in your face to make money. Moreover, WeChat is very, very difficult to displace in China. It’s because of insane penetration. You will never need another messaging app if everyone you know and everyone around you is actively using WeChat already.

I can safely say that it has disrupted email in the country too. Consider this: when I was a student in China, I only rarely checked email, as 90% of the unofficial and official communication was done through WeChat itself. Email marketing is dead in China. Ask any startup in China how it’s working for them. Everyone would rather have an official account on WeChat (described above) to engage with their audience, instead of wasting time on email newsletters.

Who can be the “WeChat of the West”?

The single company in the west which I feel has a chance a to have such a central position in people’s lives is Google. Even though Google has already lost at social networks (Google Plus never took off), they have a big enough scale to bring together all the other things that WeChat does. I can envision Google Now becoming a one-place-solution on your mobile phone for all your needs — like Jarvis from Iron Man or Samantha from the 2013 Joaquin Phoenix movie, her. With it’s IoT division (Nest), the Loon project, Android, Gmail and Google Drive, Google has a shot at being the center of your digital life. Not Apple, not Amazon, not Facebook, not Microsoft.

However, I must say that no product will ever truly be like WeChat. It is an app that can transform people’s habits with the combined force of several different apps, all rolled into one. 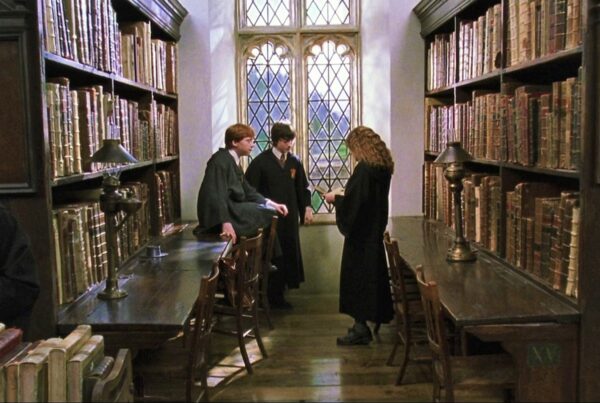 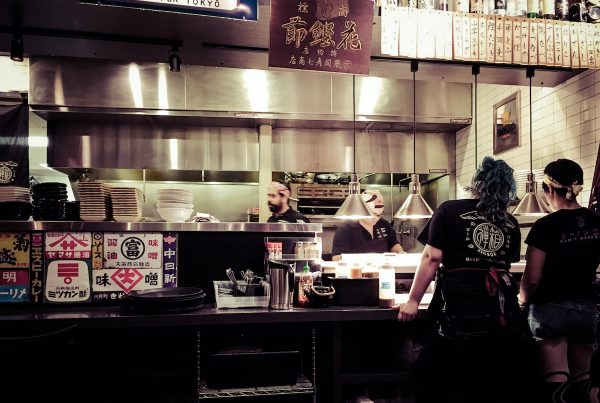 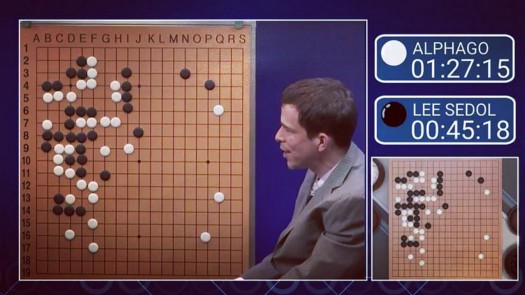